Too long, didn’t read: This is why: 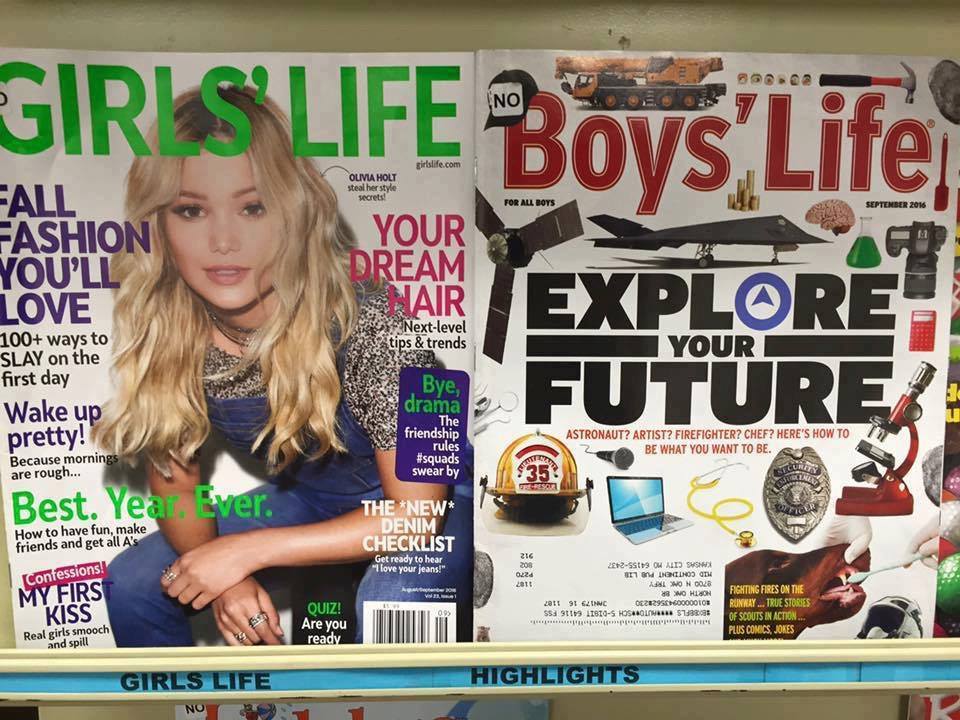 (Thanks to Mario Fusco).

So let’s start with a small disclaimer: I am a Dutch dad to two little daughters and I’m pretty angry. I have been angry for a while but the above tweet exposes the problem so well that I could not help but get it out of my system and write a post about this.

There are too few women in tech. I think we all agree on that. But there seem to be very few people, especially people in a position to actually do something about it, that understand why. In my country (Holland) the lack of women in tech is seen as a problem (and rightly so!) but they can’t seem to figure out a solution. There has been talk of giving incentives to universities and high schools to get more girls into technical studies. There has even been talk about punishing companies for hiring too few women (conveniently skipping over the issue of companies not being able to hire people that simply aren’t available)!

This all isn’t going to change anything at all. The problem is much more fundamental. Education, like sales and marketing, is a funnel. In sales for every attempt to reach out to a potential customer only a few will show interest. Of those even fewer will 'bite' and buy your product. Education is no different. For every person that ends up in tech there have been many more teens with an interest in tech. And to get those teens interested in tech you need to get a lot more young kids playing with tech.

But what if girls just don’t like computers as much as boys do? Men in general are stronger right? So maybe men have some genetic disposition towards tech? That’s very unlikely. As this research shows. Before the 80’s the amount of women in STEM (Science, technology, engineering, and mathematics) was growing at the same rate as women in Medical School, Law School or Physical Sciences. So what happened around '84? Well, the home computer and the marketing surrounding computers happened.

With the incredible sexism in marketing for kids you basically block off that funnel for half your population. And no matter how much effort the industry is putting in with awesome initiatives like Devoxx4Kids; when you’re an 8 year old girl and all the girls in your class' main concern is pretty hair, then all you’re going to be interested in is pretty hair too. There’s only so much pushing a 'nerd' dad like myself can do: peer pressure is already very strong in kindergarten. I see this already with my 4-year-old; Cars are 'toys for boys' and therefore 'boring'. In the meantime she has tons of fun with her Lego train.

By the time girls end up in high-school they have internalized the notion that computers are 'boys toys'. While many boys in their early teens start experimenting with software themselves, programming cool stuff in Minecraft for example, girls often don’t. So what happens with the few girls that do end up in a CS type education? They are way behind their peers and again their feeling that 'girls aren’t good at this' gets reinforced. No amount of money can fix this problem anymore at this stage since even if they end up in CS they have problems keeping up. If most of you class started programming in their teens and you start when you start your path to a degree catching up will be incredibly hard.

The carrot and the stick

So what is the solution? In my opinion we need both a carrot and a stick. We need to give incentives to teachers in primary school to learn tech skills. Scratch and Scratch Jr are fun and easy enough to learn. There should be teachers in primary and high school that can teach kids the basics. The industry itself can play a large role in this too. There are a lot of companies (including mine) volunteering their scarce resources (developers) to teaching kids; if would be nice if this would be incentivised.

And in the other hand there should be a stick: blatant sexism in toy marketing is harmful. We don’t accept tobacco companies and breweries targeting kids and neither should we accept companies that reinforce harmful stereotypes. If marketeers can’t get over the perceived notion that girls don’t enjoy technical stuff we need to give them a 'hand'. So why not make a law that every toy should be marketed to both boys and girls equally (yes, including dolls)?

Fortunately the White House has published a fact sheet on how they plan to combat this problem and I hope the Dutch government will follow suit. However so far I have heard no such thing; it seems our politicians are oblivious to the source of the problem since they still focus on trying to set hiring standards that are impossible to meet. So let’s hope that, someday soon, they’ll see the light and make sure that companies like the one I work for actually gets to teach interested enthusiastic girls.